The VA does not make funeral arrangements or perform cremations.  Families should make these arrangements with a funeral provider.

Bryan-Braker Funeral Home in located in Vacaville about 9 miles from Sacramento Valley National Cemetery. Families may choose to have a service or a visitation prior to going to the national cemetery, and come back to Bryan-Braker in Dixon or Fairfield for a reception. 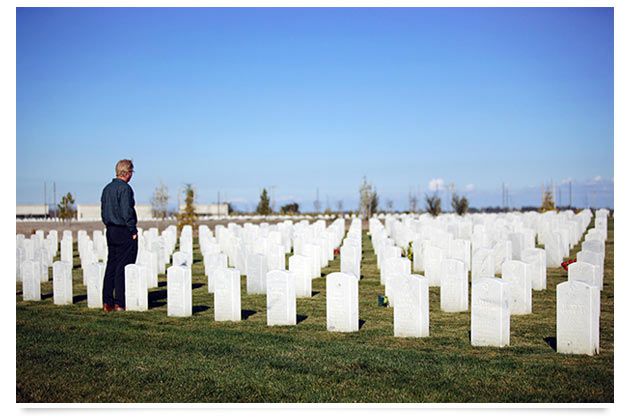 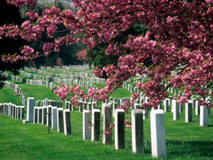 A rule change at the Veterans Affairs Department will allow veterans to apply for burial in national cemeteries before their death, rather than requiring family members to apply on their behalf after it.

An American Flag is provided to drape the casket or accompany the urn of an eligible veteran. The flag is presented to the veteran's next of kin upon burial. The funeral director will help the family obtain the flag. The law allows us to issue one flag for a Veteran's funeral. The burial flag is not suitable for outside display because of its size and fabric. It is made of cotton and can easily be damaged by weather. We cannot replace it if it is lost, destroyed, or stolen. However, some Veterans' organizations or other community groups may be able to help you get another flag.

Family and other loved ones may request these personalized certificates.

What Are VA Burial Allowances?

You may be eligible for a VA burial allowance if:

1.)  you paid for a veteran's burial or funeral, and
2.)  you have not been reimbursed by another government agency or some other source, such as the
deceased veteran's employer, and
3.)  the veteran was discharged under conditions other than dishonorable

In addition, at least one of the following conditions must be met:

How Much Does VA Pay?

Nonservice-Related Death.  VA will pay up to $300 toward burial and funeral expenses and a $300 plot-interment allowance for deaths on or after December 1, 2001.  The plot-interment allowance is $150 for deaths prior to December 1, 2001.  If the death happened while the veteran was in a VA hospital or under VA contracted nursing home care, some or all of the costs for transporting the veteran’s remains may be reimbursed.

Or you can read:  Federal Benefits for Veterans Dependents & Survivors Handbook