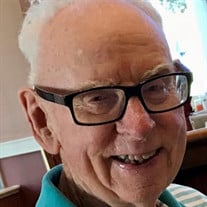 Thomas M. O’Malley, 76, of Fairfield, California, passed away on May 20, 2020, after a brief illness. The son of Thomas and Bridget O’Malley, Tom was born on September 18, 1943, in the town of Belmullet, County Mayo, Ireland. His mother was a homemaker, and his father was a member of the O’Malley boatbuilding family, and taught carpentry at the local secondary school. Although Tom was an only child, he was very close to his cousin Mary who lived with them for eight happy years. Sadly, Tom’s father passed away in 1955. Then, in 1956, Tom and his mother immigrated to the United States, and settled in Vallejo to be near her sister, Mary, and her husband, Austin (the brother of Tom’s father). Tom lived mainly with his aunt and uncle for several years, while his mother worked as a lady’s maid for a prominent San Francisco family. Tom was proud of his Irish heritage and remained close to his family in Ireland and regularly visited his cousins, where he enjoyed nothing more than some freshly caught fish, homemade brown bread and a discussion of world politics. Ar dheis dé go raibh a anam. (God rest his soul) Tom resided in the San Francisco Bay Area ever since arriving in the United States. He graduated from St. Patrick - St. Vincent High School in Vallejo and continued on to receive a bachelor’s degree from the University of San Francisco. He was a lifelong bachelor who was very popular with everyone who knew him, and well known for his great sense of humor. A US Army and Vietnam veteran, Tom later had a long career with the Veterans Administration. He was also an active member of Holy Spirit Catholic Church, Fairfield where he gave generously of his time serving the homeless at the St. Vincent dePaul Society at Holy Spirit Church. He also volunteered with Catholic Relief Services.. Tom thoroughly enjoyed life and particularly enjoyed traveling, and sports. He loved playing tennis and was a member of the Golden Rotators Tennis Group at the In-Shape Health Club of Rancho Solano, Fairfield where doubles was his passion. His control and finesse were renowned and feared by his opponents. He could make shots from anywhere on the court seem effortless, and his drop shots and slice serves were pure genius, leaving those across the net awestruck in disbelief, while Tom grinned with absolute delight and that famous O’Malley cockiness! Tom is survived by his many cousins, nieces and nephews of the O’Malley, Patten, Cattigan and Gallagher families, most of whom reside in Ireland; by his close friend Aggie Sipos; and by many very good friends in the Bay Area and beyond. Tom was preceded in death by his father Thomas, his mother Bridget, his uncle Austin, and his aunt Mary.In 2003 Tom joined Holy Spirit Church in Fairfield. In 2006 he became a member of its St. Vincent De Paul Society. It is estimated Tom personally helped 800 people with food for families, lodging for families, gas to get to work, and rent for the unemployed. It is noteworthy, that Tom founded the program where St. Vincent De Paul and the Parish give food baskets to Public School families at Christmas. Memorial Mass for Tom will be at Holy Spirit Church Thursday, 11 June at 10:30. Seating is limited because of the Pandemic. Donations in Tom’s memory may be made to the St. Vincent De Paul Society at Holy Spirit Church, 1050 N. Texas St., Fairfield, Ca. 94533. Tom’s family wishes to thank the Skilled Nursing Facility at Paradise Valley Estates, Fairfield, for the care they provided. A private burial service will be held at All Souls Catholic Cemetery in Vallejo.

The family of Thomas Martin O' Malley created this Life Tributes page to make it easy to share your memories.