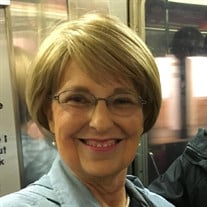 SUSAN WAS WORLDLY-WISE... The beautiful blonde blue-eyed baby, Mary Susan Pickard, was born June 9th, 1948. Her parents were Reverend Dr. William Pickard and Mary Ann Martin. Her journey as the oldest child and only daughter of Methodist missionaries began in Atlanta, GA. Along with brothers Henry, Marshall, James, and Paul, she was raised in the Philippines, serving God, church, community and her family. Before she had even graduated from high school, she had traveled much of the world, and had crossed Western Europe in a Volkswagon van. SHE WAS A LEADER... Susan was a decorated Girl Scout, a cheerleader, a volleyball player, and a true friend to her classmates at the American School in Manila. She became a youth sports booster after her children were born, serving as a Little League president and leading fundraising efforts for youth soccer trips to Hawaii and Scandinavia. She was a natural leader in her faith, carrying on her parents’ mission to do God’s work: she taught Sunday school at the Community United Methodist Church of Fairfield, and served on its finance committee. SHE WAS A ROMANTIC... While studying at the University of the Philippines on a Study Abroad Program, she met the love of her life on a blind date with three other friends. Lorenzo and Susan fell deeply in love, but were separated for 13 years, during which time they got college degrees and lived on separate continents. They were reunited in 1981 through a mutual friend from the American School, and married on August 8 of that year. SHE WAS CIVIC-MINDED... Susan was instrumental in public renovation programs to restore a Piedmont Park neighborhood of Atlanta in the 1970s, and she led the relocation of families during the restoration of the historic Suisun City Harbor and Marina in California in the 1980s. She was a civil servant for the city of Suisun and the city of Vallejo and retired from the Department of Health and Social Services at Solano County in California after decades of service. She was also active in real estate, both early in her career and in retirement, helping people and families find houses to call home. SHE WAS A FRIEND... ...to her fellow church-goers, to the members of her book club, to her coworkers, and to her neighbors of many years in Fairfield. Throughout her life, she kept in touch with her friends from childhood, high school, and college, from the Philippines and from Georgia. SHE WAS A MOTHER... When she married Gerry Dokka in 1973, she became mother to his sons, Greg and Aubrey, and was blessed with her first-born child, Gerald, in 1975. Susan and Lorenzo welcomed their first-born daughter, Susana, in 1982, and completed the family when Patricia was born in 1984. SHE WAS A GRANDMOTHER... She was Mema to Jacob, who spent most summers in Fairfield, and Stevie, taking each to TrainTown in Sonoma and In and Out Burger for dinners. She was Mimi to Thomasina, who delighted in visits from “creepa-mousy” and demanded her “washing-hands song” after meals. She held tiny Anahita, who looked up at her with big brown eyes, and smiled, with dimples, at her grandma. SHE WAS LOVED... Susan is survived by her mother and brothers; by her husband, Lorenzo; her son, Gerald, daughter-in-law, Kim, and grandsons, Jacob and Stevie; her daughter, Susana, son-in-law, Austin, and granddaughter, Thomasina; and her daughter, Patricia, son-in-law, Art, her granddaughter, Anahita. A memorial service was held for immediate family members on Friday, January 15th. Instead of flowers, those wanting to commemorate Susan’s life are encouraged to make donations to the Community United Methodist Church, Agnes Scott College (Decatur, Georgia) Supporting Students Scholarship Fund, The American Breast Cancer Foundation, or St. Jude’s Children’s Hospital.

The family of Susan P Zialcita created this Life Tributes page to make it easy to share your memories.

Send flowers to the Zialcita family.