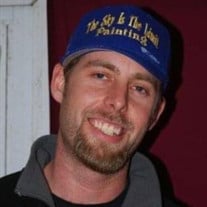 Seth Braselton passed away in his sleep June 24, 2021. He is survived by his girlfriend Alicia Cruz, Mother and Step Dad Julia Ulrich (Dan), his Father Keith Braselton, Grandmother Mary Culpepper, Grandma and Grandpa Linda Thompson (Phil), Grandma and Grandpa John Braselton (Clare), Sister Krishauna Braselton and nephew Christian, Brother and Sister-In-Law Cameron Braselton (Natalie) and niece Emma, Brother: Shane Braselton. Step Brothers: Greg Ulrich (Theresa, Cammile and Henry) Eric Ulrich (Danielle) Aunts and Uncles: Marty Braselton (Rose), Todd Culpepper, Bryan Thompson (Heather, Kayla and Rip) Wendy Thompson (Mike), Cousins: Erin Bennett (Boyd, Michael and baby Boyd) Chris Culpepper (Amanda, Kylinn and Hunter)Kate Carlton (Christian, Quinn and Cooper), Laura Withers (Kail), Lacey Hope (Justin), Casey Braselton-Robinson (Cami), Ashley Braselton (Cle, Rhu, Irie, Loki and Azura), Noah Braselton and a ton of friends. Seth was born at home in Fairfield, California February 7th, 1980. He grew up in Fairfield and went to K. I. Jones, Green Valley Middle School and graduated from Armijo High School in 1998. Seth was a very talented soccer player and also ran track. He played soccer for 13 years and was on multiple traveling teams and city leagues. He also played basketball, baseball and loved to swim. After high school, Seth moved to Chico, California and went to Butte Community College. Seth had a blast in Chico! Always a very popular guy, Seth made sure his group of friends was always having fun. From swimming in the creek, hiking and riding bikes, cliff jumping, to very memorable Halloween parties and enjoying music in the park. He made friends wherever he went with his witty attitude and you could never miss his tall ass! In loving to travel, Seth moved to Ocean Beach with his beloved brother Cameron and they had a blast together. Cameron later opened Mission Avenue Bar & Grille and Seth was his biggest fan. Back in Fairfield, Seth was a very determined dreamer. He always had a dream, a goal, something that gave him the want to live life to its fullest. He got his contractor license and started his own painting business. He got his real estate license and practiced real estate. He combined the two and made List.Paint.Sell. He wanted to buy a house and put himself in the position to make it happen. He wanted to get a Columbian girl her green card and he did. He wanted to live in Yosemite off the grid and bought himself land there to work and make a future. He wanted a motorcycle and a sail boat and got those and every other man toy he could get his hands on. Seth had very strong beliefs when it came to a conspiracy theory or preparing for the end of the world. He loved Aliens, science, pyramid documentaries and to learn about the Earth. Seth and his best friend James Hale were as close as brothers since Seth was 5 years old. Seth and James loved reggae, festivals, riding bikes, going to breweries, traveling, gardening and dream building for the future. They love and support each other very much, they are family. Seth had his biggest smiles when he was with James. Seth was never one to sit still for long and filled his time with work, family, friends and fun. He was always up to something with someone and was very spontaneous. One day in San Diego then Yosemite then Tahoe. He would ditch his friends to take his Grandma Mary to the casino and have fun with her. He loved to go to Yosemite and see Uncle Marty and Rose for the weekend. He loved to play frisbee golf with his Dad Keith and they often worked together painting. His mom Julie was one of his closest confidants, she knew a side of Seth only a mother could know. And Seth will never know the depths of his sister's love for him. Eight months ago, Seth met the love of his life in Alicia Cruz. The deep love they experienced together made these last months some of the happiest moments he ever had. Seth left us too early, I don't think for one second that Seth wanted to go. He had so many plans for his life, he was in love, he had endless projects to accomplish. Seth will be and is already missed so very much.

The family of Seth Braselton created this Life Tributes page to make it easy to share your memories.

Send flowers to the Braselton family.