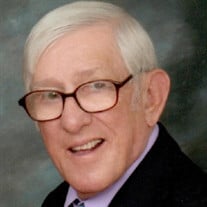 A great man, USAF CMSgt Ret. Salvatore DiMarco II, 85, or ‘Chief’ as most people knew him, was called home on December 10, 2020. He passed away following a courageous battle with cancer which ended in heart failure at NorthBay Medical Center after first being admitted to David Grant Medical Center (DGMC). He was born in Atlas, Pennsylvania on December 2, 1935, son of the late Salvatore and Mary (Coladonato) DiMarco. He is survived by his son Salvatore III DiMarco and Sheila (wife), son Edward DiMarco and Evelyn (wife), and daughter Maria Brana and Michael (husband); grandchildren Theresa Dineen (Sean), Megan Nunes, Eddie DiMarco (Amelia Holt), Faith Woodard-Rincon and great grandchildren Ace Nunes, Piper, Cora and Edith Dineen. He is preceded in death by his wife Barbara DiMarco, his parents (above) and siblings Josephine DeMarco Urbanski, Daniel DeMarco, Fred DeMarco, John DeMarco, Anna DeMarco Amorose, Gabriel DeMarco, James DeMarco and Theresa DeMarco McAndrew. He was a 30-year Air Force career man, retiring from Travis AFB in 1988, but that was not enough! He then spent an additional 32+ years as a volunteer at the Travis AFB DGMC in the Dental Clinic, Pharmacy and Optometry departments until the lockdown kept him from the hospital. He loved his military family as much as his own. He dedicated his life to his Catholic faith and was a Sir Knight/Brother with the Knights of Columbus since 1999. He is deeply loved and will be greatly missed. His love, his sense of humor, his smile and his “Pisan!” for anyone even close to being Italian will not be forgotten. Services are limited due to the pandemic. There will be drive-by ‘viewing’ at Bryan-Braker Funeral home in Fairfield, from 10am-12pm, January 5th, 2021, followed shortly after with a private internment for immediate family at the Sacramento Valley National Cemetery (Dixon, CA). Donations in lieu of flowers can be made to AdoptaPlatoon or Wounded Warrior Project.

A great man, USAF CMSgt Ret. Salvatore DiMarco II, 85, or &#8216;Chief&#8217; as most people knew him, was called home on December 10, 2020. He passed away following a courageous battle with cancer which ended in heart failure at NorthBay Medical... View Obituary & Service Information

The family of Salvatore DiMarco created this Life Tributes page to make it easy to share your memories.

Send flowers to the DiMarco family.