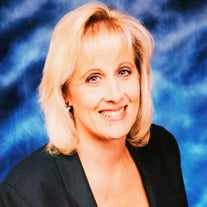 Roberta “Bobbi” Lynn Bowen (Ragle) was born in Fairfield, California on September 10, 1959. Bobbi was the youngest of three girls for Richard “Dick” Ragle and Ruth Nicholas, arriving the same day as her twin sister Rebecca “Becky.” Bobbi passed away peacefully in her home with family after a long battle with illness on Sunday, August, 2, 2020. Bobbi started her years of service working in her grandfather Lloyd’s pharmacy, Ragle Drug Store on Texas Street in Fairfield, California. As a youth, she excelled in swimming, including setting several local records with swim clubs in butterfly and freestyle. A graduate of Armijo High School class of 1977, Bobbi participated in the Armijo Super Band, marching and playing tenor saxophone, including the Pasadena Rose Bowl in 1976 and 49ers halftime in Candlestick Park. Bobbi also participated in basketball, badminton, water polo, and swimming at Armijo. Upon graduation, Bobbi became a medical assistant, but sacrificed higher academic pursuits in order to care for her mother suffering from a rare genetic disease, CADASIL. As her mother’s primary caretaker, she was tethered to her local Fairfield community and as a result met her future husband Dave Bowen, Jr., a new transplant to the area. Beginning work at Meyers Jewelers in 1981, she gained lifelong friendships and practiced her salesmanship acumen. Sadly, her mother Ruth passed away in 1983, but she began a new family by marrying Dave in 1988 and having her son, D.J. that same year and moving to Vacaville. Luke was born in 1992, and her only daughter Ruth was born in 2000. With her children at Callison elementary school, Bobbi helped create multiple yearbooks, and was elected president of the Parent Teacher Association, including spearheading an effort to have a safety fence built around the playground perimeter. Unfortunately a freak accident in 1997 would define Bobbi’s mobility until her final days. Glass fell out of a picture frame as she prepared for her annual garage sale and ruptured a tendon connecting her shin bone to her leg. This led to a debilitating series of surgeries and rehabilitation that sapped her of some physical strength, but never the compassion or energy to help and befriend others. Bobbi was a contributing member of Grace Episcopal Church in Fairfield for a decade after her family moved to Vacaville. In 1998, her family attended the local Episcopal denomination, Epiphany, and Bobbi served as the sexton for both parishes. Bobbi helped undertake several community service campaigns, including the still thriving Friday Night Dinners that feeds over 200 meals weekly to homeless citizens; providing day-old Starbucks pastries for other weekly meals; bi-weekly music, communion, and service at Windsor Convalescent Home for senior citizens; and Sunday School teacher and confirmation class for various youth levels. Despite her injuries, Bobbi began a second career as a self-employed, fully licensed, in home day care provider after Ruth was born. Over a decade, Bobbi taught dozens of children life lessons and how to read, while continuing to provide loving support for her family at home after her daycare children departed. Bobbi was eventually diagnosed with the same disease as her mother and suffered effects from it over the past few years, including strokes and arthritis. Her daughter Ruth, became a certified nursing assistant and assisted her mom over the past two years with plans to start an RN program this fall. Bobbi will be remembered as a welcoming soul who had many close friends. She never used her physical limitations as an excuse to dampen her spirits, or miss out on visiting and helping friends and strangers in need. A special thanks to Sutter Care at Home Hospice who cared for Bobbi the last 8 months and all the caregivers who spent time helping the last several years. She is survived by her husband, David J. Bowen, Jr. of Vacaville, CA; her sons, David “D.J.” (Heather Van Zile) Bowen III, and Luke Bowen, and daughter Ruth Bowen; older sister LoAnn (Erik) Winkler of Walnut Creek, CA and twin sister Rebecca “Becky” Ragle of Alpharetta, GA; cousins Nancy (Roger) Anderson of Morrisville, PA and Barbara Wood of Springfield, VA; niece Erika and granddaughter Avery. ________________________________________ Digital version: A public, virtual service will take place on Bobbi’s birthday, Thursday, September 10, 2020, at 10am PST and 1pm EST, streaming live on Facebook. To watch, log into Facebook and visit Epiphany Episcopal Church’s page. If you do not have a Facebook account, you can also watch on the Church’s website: https://epiphanychurchvacaville.org/live_events If you do not have reliable online access, you may also phone into Zoom. The Zoom details will be posted 24 hours in advance on this page.Donations: Donations can be made to the UCSF Memory and Aging Center via this webpage: http://memory.ucsf.edu/about/support-us Click on “Make a Gift” button, then click on “Direct your gift to a specific area” button and under other put “MAC CADASIL Roberta Bowen” to help increase funding into research to stem the tide of the disease that took Bobbi’s life. You can also make a donation to the dinner program that Bobbi helped create. Make a check out to “Epiphany Episcopal Church” and in the subject line write “Community Meal Program.” Mail the check to “Epiphany Episcopal Church, 300 West St, Vacaville, CA, 95688”

The family of Roberta Lynn Bowen created this Life Tributes page to make it easy to share your memories.

Send flowers to the Bowen family.