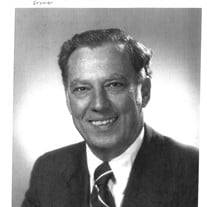 Richard"Dick" Raymond Marsch passed peacefully at his Fairfield home on Sunday, Jan. 26, 202, having lived a full rich life for 101 years. He will be sadly missed but always remembered by family and friends. Richard was born at the family residence in Winterset, iowa, on Oct. 29, 1918, to parents Ray and Corbal Marsch and brother, Robert. The family had grown by two daughters, Betty and Beverly, by 1931 when the family moved to Tucson, Arizona, where Ray worked as a watch-maker before opening his own jewelry store after the war. Richard graduated school at Tucson High where he ran track, enjoyed playing sports, Boy Scouts and De Molay Club. After high school he worked as a bike messenger and telegraph key operator while saving to attend the university of Arizona. Dick attended for one year, enrolling in the University's Air Cadet Program, enlisting in the Army Air Corps after Pearl Harbor and was sent to basic and flight training in California. While on leave after graduation from flying school and before leaving on his overseas assignment, he visited his father Ray, who was working in a San Diego jewelry store at that time. Dick first met his future wife, Kay,who also worked in the same San Diego jewelry store as his father. Richard and kay corresponded while he was stationed overseas until late 1945 when he was discharged, During World War Two Richard was stationed in Africa, Sardinia and Italy, serving as a pilot. He flew 826 Marauder bombers, completing 65 missions over Anzio Beachhead, Italy, and southern France. Upon his discharge from the military Richard married Mary Kathern Atterberry, celebrating their new lives together. Dick resumed his job with AT&T as a communications crafts worker, which entailed moves every few years, taking the family from Arizona to Colorado to Missouri, back to Colorado, then Washington and finally California. They raised four sons, Gary, Donald, John and James, during this time as well. Richard retired from his regional manager position in San Francisco with AT&T after 42 years of service. he often said how he enjoyed his work and the many people he worked with and had met over his career. Dick and Kay made their final move to Fairfield, where they enjoyed the weather, gardening and visiting the grandchildren as they grew. They enjoyed many car trips to Tahoe, Las Vegas, Seattle, New Mexico and some cruises. Dick was a member of the Phone Pioneers and local SIRS Club and golfed routinely with them for many years. Richard is preceded in death by nephew, Robert H. Marsch Jr., parents Ray and Corbal Marsch; siblings, Robert H. Marsch Sr., Betty Damron, Beverly Canfield; Wife Mary Kay Marsch; and granddaughter, Elizabeth Lundy. Memorial Services will be held at 10 a.m. Monday march 9, 2020, at Bryan-Braker Funeral Home, 1850 West Texas Street, Fairfield. Burial will follow at the Sacramento Valley national Cemetery, 5810 Midway Road, Dixon, California

Richard"Dick" Raymond Marsch passed peacefully at his Fairfield home on Sunday, Jan. 26, 202, having lived a full rich life for 101 years. He will be sadly missed but always remembered by family and friends. Richard was born at the family residence... View Obituary & Service Information

The family of Richard Raymond Marsch created this Life Tributes page to make it easy to share your memories.

Send flowers to the Marsch family.