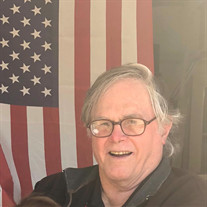 Richard Lee Craig, 70, passed away on Wednesday, January 29th at David Grant Medical Center. He was born February 19th, 1949 in Anchorage , Alaska. He attended elementary school at Travis Air Force Base and Itazuke Air Force Base in Japan and attended Armijo High School. Richard went to Solano Community Junior College for two years and then enlisted in the United States Army. He was stationed at Fort Sill, Oklahoma when he was in a serious car accident that left him paralyzed. The last fifty years he has remained in the Fairfield, Vacaville area. He loved fishing, camping, flying kites and gliders and belonged to the American Legion and Ham Radio club. What was also important to Richard was that he was a Boy Scout and achieved the rank of Eagle Scout. Richard had a kind heart and would do anything to help someone in need. He will be greatly missed by his mother, who he would call twice daily to check up on her. He will be remembered and missed by his mother, Phyllis Craig; sisters Linda McLevich (Larry), Marsha Kelly (David), nephews Mike McLevich (Jill), Matt McLevich, Ryan Kelly (Lauren), plus two great nephews, Finn and Henry Kelly and one great niece, Mila McLevich; plus many family and friends near and far. He is preceded in death by his father, Edward L. Craig. Visitation will be from 9-11 am and Funeral Services will be at 11 am on Friday, 2/21/2020, all being at Bryan-Braker Funeral Home, 1850 W. Texas St., Fairfield. Interment will be Private. Arrangements have been entrusted to Bryan-Braker Funeral Home, 707-425-4697, www.bryanbraker.com

The family of Richard Lee Craig created this Life Tributes page to make it easy to share your memories.

Send flowers to the Craig family.