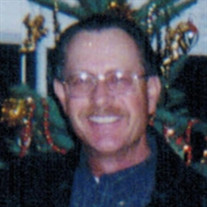 PATRICK JAMES BIRD March 24, 1951 - Jan. 22, 2021 Patrick James Bird, 69, passed away Friday, Jan. 22, 2021 at David Grant Medical Center on Travis Air Force Base in Fairfield, California. Patrick was born on March 24, 1951 to Arthur Bird and Margaret Marquardt in the state of Hawaii. Patrick was raised in Fairfield, California and graduated from Armijo High School and went on to join the Army. He served time in the Vietnam War and became a Veteran. He then came home and started his career at Mare Island in Vallejo as a Rigger for over 20 years, he then retired and decided to go back to school and received a Bachelor's Degree. With that he started his journey as a Surgical Tech working at John Muir Hospital in Walnut Creek. His family will always remember him as a kind sweet soul. An amazing person, husband, father and papa. Patrick's smile lit up a room, it was infectious. His sweet nature was known by anyone that had the privilege of meeting him. He loved spending time with his grandkids and was always eager and willing to help in any way possible, one of a kind papa. He also enjoyed fishing, he was an avid fisherman. He spent a lot of time on his boat in the water, enjoying his retired years. He enjoyed fishing with his brother, son and grandchildren, those were always highlights of Patrick's life. Patrick is survived by his wife, Anabella Bird; sister and brother-in-law, Jackie and John Mikolajcik; brother and sister-in-law, Arthur Jay and Janice Bird; sisters, Barbara Gail Nero and Debbria Chisholm; daughter, Danette Lizarraga; son, Patrick Justin Bird; stepdaughters, Sarah and Katie Schulz; grandchildren, Kaisle Hill, Daniella Lizarraga, Patrick Jarrett Bird, Amaya Schulz, Sierra and James Leyba and Benjamin and Charlotte Neal. He is preceded in death by his sisters, Vicki Scrivner and Michelle Berlinguet. The day that Patrick passed a rainbow lit up the sky, that was his smile letting us know he was at peace, he will be forever loved and missed. He was/is deeply loved by all family and friends. He will be laid to rest at the Sacramento Valley National Cemetery in Dixon, California.

The family of Patrick James Bird created this Life Tributes page to make it easy to share your memories.

Send flowers to the Bird family.