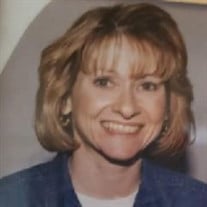 Mary Louise McClain Mary Louise McClain ( Nee Gima), 66, of Fairfield, CA. Passed away Friday, August 20, 2021, at her residence. Mary was born April 3, 1955, in East Chicago, Indiana to George M. and Bernice B. (Wisz) Gima. On Aug., 17, 1996 she was united in marriage to Gary McClain in Lake County, Indiana. Mary worked for North Bay Hospital, first as a physician Liaison, followed by as a Physician Recruiter before retiring. She is survived by her loving husband, Gary McClain; her most cherished son and daughter-in-law Bryan and Erin Gima-Derrow of Marysville, WA; her brother, George Gima of Whiting, IN; aunt, Casmira Iurillo, of Chicago Heights, IL; brother-in-law Tom Gulley of St. John, IN; sister-in-law Marcia Gima of Merrillville,IN; sister-in-law Sandra Vanhouton of Trenton,MO; and many nieces and nephews, along with her fur baby’s Lexie, Rebel and Marlie. She is preceded in death by her parents, George and Bernice Gima, her brother Greg Gima, and her sister, Henrietta Gulley. Mary enjoyed Nascar, NHRA, attending football and baseball games (17 straight years of White Sox on Opening Day as she would fondly recall), Going to casinos, but most of all being with her family. Devoted to her family and friends, she will be missed by those who knew and loved her. Per her request there will be no formal services at this time. A celebration of life will be held at a later date. In Lieu of flowers and cards the family request donations be made to St. Jude Children’s Hospital or your local animal shelter in her memory.

The family of Mary Louise Mcclain created this Life Tributes page to make it easy to share your memories.

Send flowers to the Mcclain family.