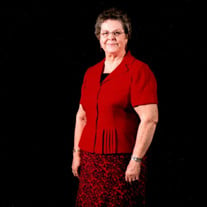 Mary Faye Harris was born in Monette, Arkansas to two cotton farmers. It is said she helped her parents with the various farm chores in her very early life. Mary and her parents would relocate to California when she was four years old. Shortly after the arrival to California Mary would become an older sister to Helen. The Harris family eventually settled in the small town of Oakley, California. Mary would often talk about what it was like, as a young girl, to run and play for hours a day in the sandy agriculture fields that surrounded their home. Mary graduated from Liberty High School in nearby Brentwood. After her graduation Mary took on a short working career at the local Crown Zellerbach paper mill. Mary worked ‘round the clock shift work to make sure the product kept getting produced. Although Mary did not like the work she was doing it would lead her to the rest of her life. Mary worked with a man who happened to be the cousin of Allen Eugene Beard, a Navy man. This co-worker set Mary and Allen up on a blind dinner date at his home in Antioch. Not three months later Mary and Allen found themselves married and Mary was suddenly a Navy wife. Mary’s first exposure to being a Navy wife found her living in Vallejo, California- not too far from home. Mary’s next move however, would be the dream of many and it turned out to define much of her life because she found herself living on the Pearl Harbor Navy Base in Hawaii. For the next few years Mary found herself roaming tropical beaches and seeing the many sights of Hawaii while her husband was away at sea. Mary made lifelong friendships and sweet memories during her time in Hawaii. In order for Mary and Allen to have a family life they would have to adopt children. This meant they would also have to leave the active-duty military life, and Hawaii, behind. Mary and Allen returned to California and adopted their first son, Paul, in 1967. Soon thereafter they bought their first home in Pittsburg, California. Mary and Allen adopted their second son, Mark, in 1970. As a mother Mary would raise her two sons, taking them on annual camping trips and watching out for their welfare, Mary found herself very busy during the Pittsburg Springs and Summers as she toted her sons to their Peanut League baseball practices and games, NEVER missing one. In 1978 Mary and Allen decided they wanted a better standard of living for their family so they relocated to Suisun City, California. Soon after arriving in Suisun City Mary was approached by a representative of Calvary Baptist Church, in Fairfield, to see if it would be ok to pick her boys up on Sundays, via a bus, so they could go to Sunday School. After a few weeks of sending the boys off to church on the bus Mary and Allen decided they would start taking the boys to church themselves. That was the start of Mary’s lifelong affiliation with Calvary Baptist Church. Mary was very active in the church and her faith in God was clearly and sharply defined. The overwhelming majority of Mary’s friendships were based on who she knew at Calvary Baptist Church and it is very fair to say her closest friends were the ones she had at church. In 1991 Mary would become a grandmother twice over, first to Mark’s son- Jesse, and again to Paul’s daughter, Jessica. Mary would later become a grandmother to Rebecca, Benjamin, Daylana and Gianni. In 2016 Mary became a Great Grandmother to Jessica’s daughter- Joy. She would later enjoy this role again with the birth of Grayson. The lasting memory of Mary as a daughter, sister, wife, mother, grandmother, great-grandmother and friend will live in all of our hearts forever. We all will miss you!

Mary Faye Harris was born in Monette, Arkansas to two cotton farmers. It is said she helped her parents with the various farm chores in her very early life. Mary and her parents would relocate to California when she was four years old. Shortly... View Obituary & Service Information

The family of Mary Faye Beard created this Life Tributes page to make it easy to share your memories.

Send flowers to the Beard family.