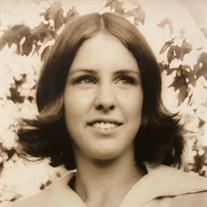 Marna Elizabeth (Newman) Lister January 30, 1952 – April 19, 2021 Marna Elizabeth (Newman) Lister, 69, entered into eternal rest on April 19, 2021 in Sacramento after a lengthy illness. Born January 30, 1952 to Irene “Kelly” (Blanco) Newman and John Arthur Kendrick-Newman, she was a fourth-generation Vallejoan. A graduate of Fairfield High School, Class of 1970 she attended Sacramento City College, UC Davis, and the University of Alaska, Anchorage. She worked with Jack Johnson Engineers in Fairfield for 17 years and then changed to the medical field. She worked with UC Davis Medical Center as a grant writer and assistant to the Emergency Medicine Residency Director before embarking on her big Alaskan adventure in 2000. While in Alaska, Marna was employed in healthcare administration and clinical oncology research at Providence Hospital in Anchorage until returning to Fairfield in 2012. Ms. Lister is predeceased by her beloved father, John A. Newman. She is survived by her devoted mother, Kelly Newman of Fairfield; her daughter Amanda Daws Filger (Thomas Ryan) of Sacramento and two lovely grandchildren, Maya Elizabeth and Zachary Joseph Filger. Marna was the eldest of five children. The four remaining Newman siblings looked up to their big sister: Staci Kendrick of Vacaville, Sean Newman of Fairfield, and Corey Newman (Tammy) of Fairfield, and Dion “Chipper” Newman (Gigi) of San Leandro. Also surviving are Marna’s nephews and nieces Bret, Joshua, Katie, Jake, Kendric, Megan, Joey, Lainie, Brogan, Eloise, Sadie, Connor, Madeline and Grace. Marna is also survived by her two former husbands, H. Stephen Daws of Vacaville and James Lister of Alaska. Marna enjoyed gardening and nature, Giants games, and of course all of the various fur-family members she cared for over the years. She was an award-winning quilter, a hobby she maintained throughout her adult life. According to her wishes, there will be a private graveside ceremony for family at Rockville Cemetery in Suisun Valley. In lieu of flowers memorial contributions are preferred in her memory to: Alaska Wildlife Conservation Center at alaskawildlife.org

The family of Marna Elizabeth Lister created this Life Tributes page to make it easy to share your memories.

Send flowers to the Lister family.