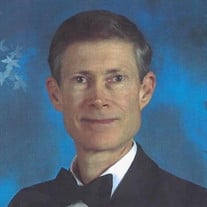 Mark Lawrence Shrode May 10, 1952 – March 1, 2022 Army & Air Force Veteran Mark Shrode was born in East Los Angeles as the second son of Richard Shrode and Margaret Joy Granger Shrode. Growing up in Manhattan Beach, he was part of a talented group of young musicians at Mira Costa High School. His talent as an alto saxophone player was recognized and nurtured early on. He studied with music studio legends Phil Sobel and Bill Green, and, through a National Foundation of the Art’s grant, with jazz legend Phil Woods. His free-lance career included performing along Tony Bennett, Natalie Cole, Nancy Wilson and Larry Elgart among others. In 1978, he joined the Forces Command Army Band in Atlanta, GA, followed by three years with the US Army Europe Band in Heidelberg, Germany. Ever curious to learn, he set out to study German under the tutelage of a young student, Sabine. The two married in 1984 and returned to the US at Fort Monroe, VA. In 1988, Mark switched services and joined the Air Force Band of the Golden West at Travis AFB. Besides playing clarinet and saxophone, he was the Drum Major of the Ceremonial/Marching Band, the Acting First Sergeant, and Chief of Supply. Mark served a total of 28 years, retiring as a Senior Master Sergeant. Over the years, Mark also composed numerous music pieces, several of which were performed by the Air Force Band of the Golden West. He brought joy to many listeners, both as a performer and as a composer. Mark had a deep appreciation and knowledge of West Coast Jazz and jazz musicians. Besides his music, he loved peace and quiet, 19th century French music and French poetry, being out in nature for long walks, long-distance running, and travelling with his wife. He was a gentle soul who did not adapt well to our fast-paced, complex society. At heart he was a humanitarian, supporting numerous local and national charities, struggling to do his best to make the world a little better. “The world is too big for me,” he observed shortly before his death. Mark was preceded in death by his parents, Richard and Margaret Joy, and stepmother Dolores. He is survived by his wife of 38 years, Sabine, brothers Kerry Shrode (Susan), Dave Brlej (Debbie), Mark Brlej (Kitty), aunt, uncles, nieces, nephews, and friends. The funeral will take place with full military honors at the Sacramento Valley National Cemetery in Dixon on May 10 at 9:15 am.

Mark Lawrence Shrode May 10, 1952 &#8211; March 1, 2022 Army & Air Force Veteran Mark Shrode was born in East Los Angeles as the second son of Richard Shrode and Margaret Joy Granger Shrode. Growing up in Manhattan Beach, he was part of a... View Obituary & Service Information

The family of Mark Lawrence Shrode created this Life Tributes page to make it easy to share your memories.

Send flowers to the Shrode family.