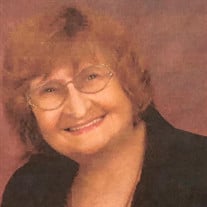 Marie was born in Bluffton, Alabama to parents Harry and Mildred McCrickard. She was 91 years young. Marie was the oldest of 5 siblings; brother, Norman McCrickard (wife Priscilla), sister, Jean Hamilton (husband Bill), brother, Barney McCrickard (wife Cleatus) and brother, Ivy McCrickard (wife Toni). She and many of her family moved to California in 1953 where she resided until her death. She was preceded in death by her husband, John M. Lane. They were married for nearly 50 years and raised their family in the Fairfield- Suisun area. John and Marie both had businesses in Suisun, California. Marie is survived by her 5 children- Richard Green (Rick), James Fife, Jr. (Butch), Christina Stokke (Tina), Robin Lane and Johnny Lane. 8 Grandchildren- Kinzie Edgeworth (Allen), Amanda Fife, Micelle Fife, Kristen Garcia (Joshua), Kathryn Cifelli (Michael), Kayla Strickland (Bryan), Johnnie Lane and Christian Lane. 7 Great- grandchildren- Oliver and Ayla Edgeworth, Amilya Fife, Ashlynn Wharton, Austin and Alina Cifelli and Gracelyn Dickinson. The funeral services will be held on Wednesday, March 18, , 2020 at 1:00 pm at Bryan-Braker Funeral Home. The celebration of life for family and friends will be held in the Garden Court of Bryan-Braker following the service. Burial will be in Rainbow Memorial Park in Gadsden, Alabama, near her birth place, per her wishes. Marie was passionate all of her life about feeding people. She was an excellent cook and tender hearted toward those without adequate access to food. In lieu of flowers, please consider donating to the Feeding America Charity (feedingamerica.org) that will honor that mission in her memory. Arrangements have been entrusted to Bryan-Braker Funeral Home, 707-425-4697, www.bryanbraker.com.

The family of Marie Louise Lane created this Life Tributes page to make it easy to share your memories.

Marie was born in Bluffton, Alabama to parents Harry and Mildred...