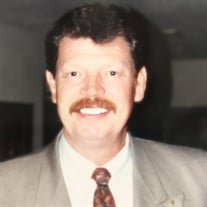 Kenneth “Skip” Steven Milnes, 74, died peacefully in his Fairfield, CA home on January 22, 2020. Ken was born on April 5, 1945 in Seattle, WA to Walter and Etta Ima Jean Milnes. In 1964, he joined the Air Force where he served 20 years for his country. While in the service he received several decorations for his service: Commendation Medal, Achievement Medal, Good Conduct Medal, Small Arms Expert Marksmanship Ribbon, Armed Forces Expeditionary Medal, NCO Professional Military Education Ribbon, Longevity Service Ribbon, National Defense Service Medal, Overseas Service Long Tour Ribbon, Outstanding Award Ribbon and Republic of Vietnam Campaign Medal. In 1984, after serving 20 years in the Armed Forces, Ken retired as an Avionic Inertial & Radar Navigation System Technician and began working for a test equipment company for Engineers, Tektronix. There he quickly climbed the ladder and became one of the top salesmen in his territory. In 2001, Ken took an early retirement due to a stroke. He is survived by his wife, Fukuyo; his two daughters, Donna and Joanna, his Son-in-law, Ivan; his two brothers, Gary and Stan and his sister Christine. He is predeceased by his brother Richard. A Memorial Service will be held on Monday, February 3 at the Bryan-Braker Funeral Home, 1850 West Texas Street, Fairfield, CA at 11:00 am.

The family of Kenneth Steven Milnes created this Life Tributes page to make it easy to share your memories.

Send flowers to the Milnes family.