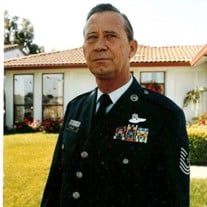 JOHN ANTHONY John H. Anthony, 79, of Fairfield, California passed away peacefully at home after a short battle with lung cancer. John was born and raised in Haverhill, Massachusetts and enlisted in the US Air Force in 1962. He was originally trained as a passenger service representative at Hanscom Field, Massachusetts and later cross-trained to the aircrew world as a Loadmaster. He became part of the initial cadre aircrew with the 4th Air Commando Squadron flying AC-47s gunships and served in Vietnam as a waste gunner. After his return to the states, John continued to fly as a loadmaster on C-131s and later transferred to the 22nd Military Airlift Squadron on Travis AFB, California as a C-5A Loadmaster. In the early 1980s he retired as a Technical Sergeant from active duty and after a couple months of boredom he rejoined the Air Force Reserves, this time with the 312th Military Airlift Squadron at Travis. In 1988, he permanently retired, as a Master Sergeant. During his career he participated in Operation Baby Lift, Operation Nickel Grass and many other exercises and real world actions. He was the recipient of several commendations including the Distinguished Flying Cross and the Air Medal for sustained aerial combat operations and the Koren Kolligan Jr. Trophy for Outstanding Airmanship. John was part of a group involved in founding the Travis AFB museum and Historical Society and served on the board for many years. He was also heavily involved in the organization and recovery of the B-29 'Miss America' from China Lake NAS by C-5 airlift. In 1991, John and his wife, Lucy bought a boat and became involved in the Solano Yacht Club in Suisun, California before eventually moving to Driftwood Yacht Club in Antioch. Between 1993 and 2014 John served in numerous board positions at both yacht clubs and with the Northern California Chapter of the Blue Gavel Association, including serving as Commodore with all three groups. While at Driftwood Yacht Club, John and Lucy organized and supported the yearly Make A Wish fundraiser events. Instead of stray animals, John was known for bringing home 'stray' Airmen from Travis. His wife Lucy would welcome them in and promptly set another plate at the ever expanding table. They leave this legacy of a large extended family of unofficially adopted 'Air Babies' around the country. He is survived by his children, Linda Barrett of Temple, Georgia, Elizabeth (Greg) McGowan of Wilmington, Massachusetts, Laura (Mark) Melanson of Nashua, New Hampshire, John, Jr. (Sheri) Anthony of Berlin, New Hampshire and Julianne Tompkins of Oneida, Kentucky; stepchildren, Alex (Lisa) Hambright of Fairfield, California and Robin (Oscar) Yanez of Cedar Park, Texas; brothers, James Anthony of Salem, New Hampshire and Jerry Anthony of Port Charlotte, Florida; grandchildren, Ryan, Liam, Jared, Devin, Brenden, Dustin, Amanda, Charlotte, Shayla, Ashlee, Scott, Kenny and Megan. John is preceded in death by his parents, Amanda (Sargeant) and John Anthony; his wife, Lucille (Kaleta) Anthony; and siblings, Janice Connell and Joseph Holden. A private service with military honors will be conducted at Sacramento Valley National Cemetery. A celebration of life will be held in New England at a later date. In lieu of flowers, donations may be made to the Make-A- Wish https://wish.org/ Arrangements under the care of Bryan-Braker Funeral Home, 707-425-4697.

JOHN ANTHONY John H. Anthony, 79, of Fairfield, California passed away peacefully at home after a short battle with lung cancer. John was born and raised in Haverhill, Massachusetts and enlisted in the US Air Force in 1962. He was originally... View Obituary & Service Information

The family of John Anthony created this Life Tributes page to make it easy to share your memories.

Send flowers to the Anthony family.