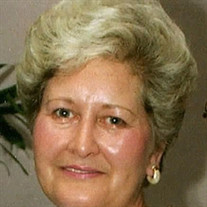 JeNore B. Parker July 23, 1941 – April 6, 2020 JeNore B. Parker, 78, of Vacaville, California, passed away peacefully at her daughter’s home in Fairfield on April 6, 2020. JeNore was born in Spokane, Washington, to parents Jesse and Norma (Dennis) Balcom. A 1960 graduate of Cheney High School, she also attended Eastern Washington University in Cheney, Washington. JeNore was a resident of Solano County for 41 years. JeNore retired in 1995 with 29 years of federal civil service, which included time at Robins, AFB, in Warner Robins, Georgia, the Census Bureau in Suitland, Maryland, and Mare Island Naval Shipyard in Vallejo, California. She was most fond and proud of her time in the Geography Division at the Census Bureau and the Supply Department at Mare Island where she was responsible for ordering parts for submarines and aircraft carriers during overhauls and refuelings. In her retirement years, JeNore enjoyed attending her grandson’s Little League games when he was younger, working in her yard, and attending country and classic rock concerts with her daughter. As her health declined, she looked forward to being updated on her great grandchildren and seeing new pictures of them. Survivors include daughter, Krissy Parker; grandson, Thomas (Kristen) Fukuda; great granddaughters, Audrina and Nalani; great grandson, Hunter; sister, Cheryll (Jim) Blackford of Evans, Washington; nephews, Brian (Paulette) Keeney of Tracy and Kevin Keeney of Manteca; great nieces and nephews; many Balcom cousins; and former son-in-law, Karl Fukuda, who always made her laugh. JeNore was preceded in death by her parents, Jesse and Norma Balcom; sister, Nelda Schneider; former husband, Ronald Parker. Burial will be at Wilbur Cemetery in Wilbur, Washington. In lieu of flowers, please consider a donation to the American Cancer Society. Arrangements entrusted to Bryan-Braker Funeral Home, 707-425-4697, www.bryanbraker.com.

The family of JeNore Parker created this Life Tributes page to make it easy to share your memories.

Send flowers to the Parker family.