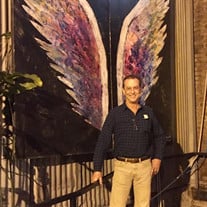 Jay Marshall McManigal, 60, of Green Valley, died August 10, 2019, after a long illness. Jay was the beloved son of Gloria McManigal and Morland “Mac” McManigal, brother of Joy McManigal of Sheffield, MA and Jill McManigal of Carlsbad, CA, and step-son of Yvonne McManigal. Born in Napa on October 21, 1958, Jay attended Falls Elementary School in Green Valley, Fairfield High School (where he was president of his 1977 senior class) and was a theater major at the University of Southern California (USC). From his early youth, Jay was attracted to the magic of theater. After acting in several student productions in high school and college, he began what became his lifelong career as a production stage manager, starting with the USC production of the Broadway hit, Follies. For the next 38 years, he applied his organizational and creative talents to more than 100 theatrical productions, traveling to venues in 340 towns and cities, including extensive tours in Canada, China, Korea and Japan. Among the musical productions he managed were Blast, South Pacific, Singin’ In The Rain, Camelot, A Chorus Line, Bye Bye Birdie, Cirque Ingenieux, and his personal favorite, Crazy For You. Jay’s interests extended well beyond theater. When he wasn’t behind the scenes at venues around the world, he was visiting local museums and galleries, building an extensive personal collection of art in all its forms — photography, drawings, paintings, potteries, and sculpture, all of which he rotated through his Green Valley showplace home. Over the years, Jay lived in Los Angeles, New York City, and Louisville, Kentucky… but Green Valley was always his home base. He spent most of his last 20 years there amid its wooded splendor, indulging another great passion of his: gardening. Jay loved the beauty of nature in all its manifestations. He was happiest planting, trimming, and installing art works among the bountiful trees, plants and flowers of his home on the hill. Jay’s love of life and wondrous spirit were a reflection of what he expressed as his life goal: to help people. Nothing pleased him more than responding to the needs of his family and vast circle of friends and neighbors. He relished his role as the most accessible professional handyman — painting, plumbing, hanging artwork, gardening — always ready to apply his remarkable artistic eye and considerable technical skills to whatever needed beautification or repair. Among the many who treasured Jay are his brother-in-law Giancarlo Esposito and his lifelong friend Curtis Gutierrez; along with his nieces Shayne Esposito, Kale Esposito, Syr Esposito, Ruby Esposito, Hana Craft, and nephew Bodhi Craft; and his cousins Jeannine Ball (Greg), Michael McManigal, Kathy Fanberg (Scott), Craig Undine (Herman), Bradley Undine (Sandy), and Kurt Undine (Amy). At Jay’s request, we will not be having a memorial. Instead, contributions may be made in his honor to support his sister Jill’s non-profit organization: Kids for Peace. Checks may be mailed to: 1302 Pine Avenue Carlsbad, CA 92008 or visit www.kidsforpeaceglobal.org

The family of Jay Marshall McManigal created this Life Tributes page to make it easy to share your memories.

Send flowers to the McManigal family.