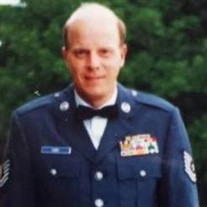 JAMES ANDREW KUBIT OBITUARY James Andrew Kubit “Jim” beloved father, grandfather, brother, brother-in-law, father-in-law, uncle and friend, passed away unexpectedly on Wednesday, September 25, 2019, in Sacramento, California. He was 69. Jim was born on October 31, 1949 in Cleveland, Ohio. He was the eldest son of Ted and Dorothy Kubit of Cleveland, Ohio and Anaheim, California, who preceded him in death. He served a full career in the United States Air Force and served honorably in the Viet Nam War. Jim retired at the rank of Master Sergeant. Jim graduated from Lincoln High School in Cleveland, Ohio. Jim obtained his Bachelor’s Degree in Education and Business Management from Southern Illinois University. Additionally, Jim obtained an Associate of Arts Degree at Cosumnes River College in Sacramento, California, along with his daughter, Janice. After his retirement from the Air Force, Jim held several positions with the municipal government in Sacramento. California, receiving many commendations. Jim was nearly a scratch golfer. Above all things, he loved the beach, swimming, boogie boarding and walking the piers, whether in Northern or Southern California. He loved watching his beloved Ohio State Buckeyes, the Cleveland Browns, Los Angeles Rams and the Dallas Cowboys win football games. He loved all things weather and astronomy, especially the Perseid Meteor Showers. He was an avid supporter of his granddaughter Jordyn’s soccer and softball teams and attended every game he was able to. He also enjoyed camping, hiking and visiting Lake Tahoe. He loved animals. He also enjoyed watching Agatha Christie Hercule Poirot movies. Jim was very active in the Knights of Columbus in Fairfield, California. Although he was a practicing Roman Catholic, Jim also honored his deceased mother Dorothy’s religion by attending bible studies at the Russian Orthodox Church in Sacramento, California. Jim is survived by his two beloved Lhasa Apso dogs, Brownie and Sugar, his loving daughter, Janice, her husband Marcos and granddaughters, Jordyn, Marissa and Amber. He is also survived by his sisters, Christine Karol Roberts, Kathleen Mary White and her children, Jason and Joy, Victoria Kubit Gordon (deceased) and her husband, Tony Gordon, Rob (deceased) and Lori Kubit Guilford and their children, Brett, Luke and Hannah, and his brothers, David Michael Kubit, sister-in-law, Kristen and their children, Jeffrey, Spencer and Oliver, and Timothy Scott Kubit and his son, Brandon. Jim is also survived by aunts, uncles and cousins in Ohio and Nevada. A celebration of Jim’s life will be held on October 14, 2019 at 12:00 P.M. at the Twin Peaks Chapel at the Travis Air Force Base, followed by interment at 2:30 P.M. at the Sacramento Valley National Cemetery, with full military honors. Bryan-Braker Funeral Home in Fairfield, California may be contacted for further information.

The family of Jim Kubit created this Life Tributes page to make it easy to share your memories.

Send flowers to the Kubit family.