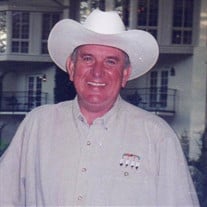 Boyd, James Leroy, age 83, passed away after a long illness. He was born in Billings, Montana, on July 18, 1936, to William “Bud” & Evelyn Boyd. He is survived by his children, Lewis, Greg (Trisha), Mary Thiesen (Mark), Brett and Jamie Echols (Justin). He has 6 grandchildren. He graduated from Armijo High School in Fairfield, CA in 1954 where he was voted “best looking”. He then was married to his high school sweetheart, Barbara McKnight. He started his sports career in Florida with the Washington Senators Farm League. That ended with a knee injury. He then proceeded to USF State to get his teaching credential. He started his career at Vanden, a brand-new school in 1964. He was hired as a substitute teacher by his best friend, Ed Serpas, who got him started in high school sports. He eventually became a teacher in Economics and American Government. He also became the Athletic Director for Vanden. He coached freshman football and towards the end of his career he coached golf. In between he was Vanden’s only basketball coach for 34 years. His basketball coaching career ended with a record of 614 wins and 257 losses including the State Championship in 1986. He was entitled the “winningest coach” in basketball in Sac Joaquin Section history. He retired from coaching but continued as a teacher for another year including summer school. His career ended in March of 1997. In June of 1998, Vanden gymnasium was named the “James L Boyd” gymnasium. He is preceded in death by his mother, Evelyn Fiel, father William Boyd, sister Margaret LaVerne Boyd- Dickson-Lucas, and former wife Barbara. He loved tomatoes, golf, San Francisco Giants, San Francisco 49ers, as well as his humorous (sometimes dirty) jokes, teaching and basketball. He loved life. But most important, he loved his family. A Celebration of Life will be held in the James L. Boyd Gymnasium at Vanden High School, Saturday 9-21-19 at 2pm, 2951 Markeley Ln, Fairfield, CA 94533, 707/437/8270

The family of James Leroy Boyd created this Life Tributes page to make it easy to share your memories.

Send flowers to the Boyd family.