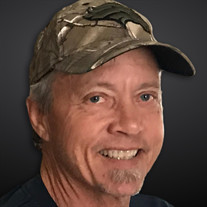 On Saturday February 8, 2020, James “Sean” Austin, known affectionally as “Papa”, passed away surrounded by his family at the age of 62 after a long battle with chronic illness. He loved fiercely and showed his great faith in Christ with grace and compassion with everyone that he encountered. Sean met the love of his life, Lee Ann, in 1982 and were married in 1983. Together they produced three sons; Jared, Joshua and Jordan. Sean and his wife Lee Ann served together in Youth Ministry where they became “Mama and Papa” to many “adopted” children including Jules, Adrienne, Amanda, and many more “children”. The lives of those they touched have been forever changed by their positive and godly influence. Together they became a safe harbor for many lost and broken people and continued to pour the love of God into those lives so they could in turn do the same for others. Passing on a heavenly legacy has always been their life’s mission and purpose for their marriage. Sean and Lee Ann joined The Father’s House Church in 1998 where Sean and Lee Ann took an active role in Youth Ministry together. Sean went on to also serve and lead The Fathers House’s Men’s Ministry for many years. He loved ministry and serving Christ and His Church. He knew all too well that “Life is short, Eternity is real, and People matter most”, and his life reflected that. He, like all of us, did so imperfectly, but authentically. He was always willing to lend a listening ear, hand or even the shirt off his back to those around him. He was strong and courageous, consistently stubborn as a mule, yet selfless, kind and showed love like no other. Sean loved Jesus Christ, his family, along with classic cars, the Denver Broncos, All things Hawaii, Starbucks coffee and good friends with all his heart. One of his great loves was being the “BBQ King Grill Master” often competing for fun in BBQ and chili cook off contests with his two dear friends Austin and Alan. To his family he will forever be “Papa. The Man. The Myth. The Legend.” Sean will be greatly missed by his wife, sons, daughter-in-laws, grandchildren, godchildren, friends and family. A memorial and celebration of Sean’s life will be held February 29, 2020 at 12:30 p.m. at The Father’s House- Main Sanctuary, at 4800 Horse Creek Trail, Vacaville, CA.

The family of Sean Austin created this Life Tributes page to make it easy to share your memories.

Send flowers to the Austin family.