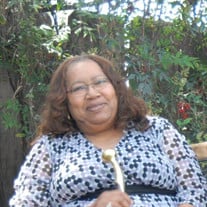 Gloria Jean Kibby, known by most as Jean, 82, passed away Thursday, March 31, 2022, surrounded by her family, in hospice care in Lathrop, CA. Jean was born on December 27, 1939, in Fort Worth, Texas, to Carl and Jewell (Phillips) Tillman. On August 15, 1969, she married Wilbur Joe Kibby in Weatherford, Texas. Jean worked hard to graduate high school early and went on to attend the University of Texas. After which, she worked as an Aircraft Electrician at General Dynamics and Lockheed Martin. She would later work in property management, eventually becoming a homemaker as she raised her daughters. She was baptized in Texas as a member of Rising Star Church in Fort Worth. She was an active member of the community at First Baptist Church of Vacaville until her passing; working with the food ministry, singing in the choir, and even as the President of the Women’s ministry. Jean was active in her community, taking time to support the local high school band, choir, and color guard and helping them to fundraise. Jean spent lots of time working with youth in the community, by teaching music, spreading her love of reading, and being a Girl Scout leader. She also worked independently and with local programs to counsel and support local at-risk youth. In her spare time, Jean enjoyed fishing. She was an avid reader and liked to share that love by gifting books to youths in the community. She adored hosting tea parties with her grandchildren. She loved singing and playing several instruments, including, but not limited to the oboe, bassoon, and piano; another love that she shared by teaching music to youth in her community. Jean loved to play softball, basketball, volleyball, and was an amateur drag racer and race car driver. She was a big fan of the San Francisco 49ers and the Golden State Warriors, as well as several local youth teams, including her own daughters’ swim teams. Jean now resides in Heaven with those who preceded her in death, her father Carl Tillman, her mother Jewell Tillman, her mother-in-law Dorthy Kibby-Watson, and her granddaughter Kamaria Johnson. Jean is survived by her loving husband, Wilbur Joe Kibby; her four daughters, Elaine Davis, Carla Dodson, Shannon Kibby, and Toni Kibby-Blackburn; her 10 grandchildren; her brother Allen Tillman; and her friends and family reading this obituary.

Gloria Jean Kibby, known by most as Jean, 82, passed away Thursday, March 31, 2022, surrounded by her family, in hospice care in Lathrop, CA. Jean was born on December 27, 1939, in Fort Worth, Texas, to Carl and Jewell (Phillips) Tillman.... View Obituary & Service Information

The family of Gloria Jean Kibby created this Life Tributes page to make it easy to share your memories.

Gloria Jean Kibby, known by most as Jean, 82, passed away Thursday,...

Send flowers to the Kibby family.