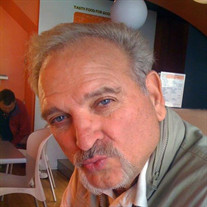 Gerald “Jerry” Shirar, beloved husband, father, grandfather, cousin, son, and friend went to be with our Heavenly Father Thursday September 16, 2021. Jerry was born and raised in San Francisco, California, in November 1945 to Bernard and Pia Shirar. He attended schools at St Vincent De Paul, Kittredge, and graduated high school from Sacred Heart Cathedral Preparatory. After high school he joined the United States Air Force. He completed a tour in Vietnam, spent a short time at Fairchild AFB, Washington and came back to Travis AFB where he began and ended his military career, honorably serving for 34 years. Jerry worked as an aircraft mechanic “crew chief” and flight line supervisor on the C141B aircraft as an Air Reserve Technician and a Reservist. He was an excellent mechanic assigned as the crew chief on aircraft 66-151, and he flew and supported missions worldwide. Jerry loved raising his family in Vacaville California. He was a long time supporter of the high schools and local sports programs. At Vacaville High School (VHS) Jerry supported his oldest son Christopher in wrestling and later his grandsons Chris and Connor. His granddaughters Hanna and Rachel are currently VHS Varsity Cheerleaders. Jerry supported VHS Football where his second son Jonathan played and currently his grandson Nathan is playing for the Vacaville Jr Bulldogs. Later, Jerry’s youngest son Daniel played VHS football and also played rugby for a local league. Jerry began photographing all VHS football games and continued to do so for several years after Daniel’s graduation. Jerry also supported Vanden High School football where his grandson Zackary, Jerry’s daughter Stefanie’s son played. When his daughter Brittany came along, Jerry loved attending and photographing her riding motocross at various tracks throughout the state. After 38 years of friendship formed through the USAFR, Jerry married his true soulmate Tracy on New Years Eve in 2008, in a blissful ceremony at a winery in Napa, California. Jerry’s family increased to six with the addition of Tracy’s children Brad and Brittany. Jerry and Tracy traveled the world together, honeymooning in Sydney Australia, exploring and touring both islands of New Zealand. Cruising with friends to Italy, Germany, Portugal, and throughout Europe. They took several trips to Hawaii and Guam. They went to work for the US Embassy in Singapore for 3 years where they lived and they traveled all over Southeast Asia and into various cities and regions of China. Jerry lived his life to the fullest. Always a true friend to lend a helping hand. He was an honest to a fault down to earth guy that never met a stranger. Many will miss his radiant smile and his warm “hello kiddo” greeting or his favorite saying “He Who Hesitates is Lost.” Jerry’s hobbies were his passions and shooting Sporting Clays competitively was his absolute favorite. He attended and competed in many Sporting Clay competitions throughout the US. Jerry was also an avid scuba diver and underwater photographer and he dove magnificent reefs and shipwrecks all over the world. He loved boating, water skiing, snorkeling, boogie boarding and golf. Jerry is survived by his wife Tracy, his oldest son Christopher, wife Stephanie, grandchildren Chris, Connor, Hanna and Rachel. His son Jonathan, and grandson Nathan. His daughter Stefanie Murphy, husband Kevin, grandson Zackary. Predeceased by his youngest son Daniel, grandson Ryan Shirar is currently living in Texas. His son Brad Peugh, wife Monique, granddaughter Kayedence. His daughter Brittany Glorioso, and grandson Daxton. His cousin Mary Bulgarelli and her daughter Kirsten of Southern California. Predeceased by his parents Bernard and Pia Shirar. Viewing will be held on October 18, 2021, from 2-4pm at Bryant-Braker Funeral Home 1850 W. Texas St., Fairfield, CA 94533 Catholic Service will be held October 19, 2021, from 1045-1130am at Bryant-Braker Funeral Home 1850 W. Texas St., Fairfield, CA 94533 Followed by burial at Sacramento National Cemetery Dixon, Ca at 1230pm. An outdoor Celebration of Life will begin at 130pm at 324 Lockeford Springs Ct VV. In lieu of flowers, please make a donation to a charity of your choice.

Send flowers to the Shirar family.