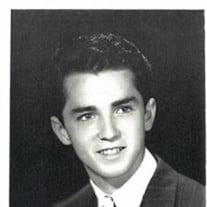 George Lewis Thoming, age 91, passed away on Sunday, May 30, 2021 in the Green Valley area of Fairfield, California. George was born on April 4, 1930, in Newman, Stanislaus County, California to John M. Thoming and Genevieve Thoming (Silveira). George’s father’s ancestors, from Schleswig-Holstein, sailed from Northern Germany around Cape Horn and arrived in San Francisco in 1864. His mother’s ancestors came from the Azores a generation later. George grew up on his family’s farms in the Central Valley until his mother passed away. He was then raised by his maternal grandmother and aunts in Pinole, California during the early years of World War II, with frequent visits from his Father. George hunted for quail and other small game in the hills of Hercules, and often brought home dinner. He was an altar boy at St. Joseph Catholic Church in Pinole. George reunited with his Father during World War II, when his Father moved to Richmond, California to work as a union electrician. George graduated from Richmond High School in 1947. He then attended the College of Marin. Since the Richmond-San Rafael Bridge did not exist then, George rode his Triumph motorcycle to the ferry terminal, took the ferry over to Marin, and then rode to class. George served in the US Army from 1951 to 1953. While a member of the 2nd Infantry Division, 38th Infantry Regiment, he served in the Korean War. The Army promoted George to the rank of Corporal during the war. He received the Combat Infantry Badge, the Korea Service Medal, two Campaign Stars, and the UN Service Medal. George returned to California after the war. He eventually went to work for the Richmond Unified School District. He retired as a mechanic after 33 years with the District. George met Pauline Chavez, and they married in 1955. They bought their first home in Tara Hills in the East Bay. After his father’s passing, George, Pauline, and their sons moved to John’s property in Green Valley in western Solano County in 1973. They lived there for over 25 years. They enjoyed gardening, their walnut orchard, and animals they raised on their small farm. George had a side business called Small Tractor with the slogan: “No job too small.” They also enjoyed encouraging their sons' education, sports, band, 4-H, and other activities. They took their sons camping frequently and they loved visits from their grandchildren. They eventually moved to “town” in Fairfield. They enjoyed a wonderful and loving marriage until Pauline’s passing in 2002. George continued to enjoy visits from his family and friends in his later years. He enjoyed conversation, walks, the outdoors, military history, and country music, particularly the songs of Merle Haggard and Emmylou Harris. He was known as a good guy and a character. George will be sadly missed by his sons Richard and Greg, his daughter-in-law Kathie, his grandchildren Christie, Michael, Josh, Scott, and Tyler, and his great-grandchildren. A memorial service will be held at Rockville Cemetery on June 25, 2021 at 1:00 p.m. In lieu of flowers, donations in his memory can be made to Fisher House Foundation, a charity that provides families of military personnel and veterans with accommodations near military and VA hospitals. fisherhouse.org. Arrangements are under the care of Bryan-Braker Funeral Home, (707) 425-4697. You can visit their website at www.bryanbraker.com.

The family of George Lewis Thoming created this Life Tributes page to make it easy to share your memories.

Send flowers to the Thoming family.