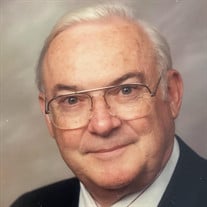 George "Ray" Schoch Jr. Local Civic leader, businessman and Retired Air Force Officer George Ray Schoch, Jr (Ray) died unexpectedly December 26, 2020 in Fairfield California. Ray was born on December 18, 1928 in Oil City Pennsylvania. He joined the Air Force becoming a B-47 Navigator/Bombardier, retiring as a Lieutenant Colonel after a 28-year career. He was stationed at numerous stateside bases including duty as a Navigation Instructor at Mather AFB California. He was a Special Agent for the OSI. Ray served a tour in Korea and 2 tours in Vietnam, where one of his assignments was Chief of Plans for the 7/13 Air Force in Thailand. Among many medals of his distinguished carrier was the Bronze Star. He and his surviving wife Audrey met in Savanah GA and were married in 1963. They made Vacaville their retirement home following active duty. He was a local manager for Lloyds Bank and Branch Manager of Sanwa Bank (now Bank of the West). While in banking he taught Human Relations in Business as well as Banking Courses at Solano Community College at night. After learning welding, he taught welding classes as well! Ray truly believed service before self and was very active as a result. He was a member of the Independent Order of Odd Fellows, was the Past President of the Fairfield-Suisun Rotary Club and was very involved in the Fairfield-Suisun and Vacaville Chamber of Commerce, serving as a director on the Fairfield Suisun Chamber Board, and Chairman of the Vacaville Chambers Legislative Affairs committee. He was a member of the Travis Regional Armed Forces committee, was President of the Solano County Airport Land Use Commission, President of the Vacaville Museum Board of Trustees, as well as President of the Dixon Mayfair Board. He also enjoyed his time in the Gourmet Club and working on his Lincoln Continentals. For 19 years he served on the Northern California Retired Officers Community Board which oversees Paradise Valley Estates Retirement Community in Fairfield where he and Audrey recently relocated. Also surviving Ray is his brother David of St Louis, MO, son Tom (Terry) Schoch, daughter Susan (Steve) Medeiros and stepson Glenn Mitchell - all of Sacramento. He has 2 Grandchildren, and 6 Great Grandchildren. His granddaughter summarized Ray perfectly when she said “My grandfather was the epitome of a true gentleman. Dinners were for suits and ties, days were for hard work, communities were for serving, and family was everything.” Celebration of his life and internment at Sacramento Valley National Cemetery will be done at a later date.

The family of George Ray Schoch Jr. created this Life Tributes page to make it easy to share your memories.

Send flowers to the Schoch family.