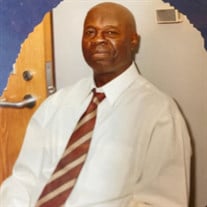 Fred Moore passed away on September 16th in his home in Fairfield, CA after battling a long illness. Fred was born on November 29, 1946 in Mt. Olive, Mississippi, the second of three sons of Aretta and Elmer Moore. He grew up in Berkeley, Fresno and Washington, DC. He graduated from Calvin Coolidge High School in Washington, D.C. in 1965 where he enjoyed playing football and baseball. He started his college athletic career at Reedley College in Reedley, CA where he was recruited to play football and baseball. His freshman year he finished second in the JC State rankings in total yards rushing and receiving. He was all-conference in both football and baseball. He was inducted into the Reedley College Athletic Hall of Fame. He was recruited to Washington State University to play wide receiver for the Cougars. After his second season, he was drafted by the Oakland Raiders in the fifteenth round of the 1970 NFL draft. His professional career was cut short by an injury. After his athletic career was completed, he sold insurance for Western Southern before starting to work the California State Lottery, from which he retired in 2006. In his retirement, he loved playing golf and watching football. He had strong opinions about politics and sports and was always up for a good debate. Fred is survived by his wife of 52 years, Nancy, his daughter, Donia Horton (Kenneth), his grandchildren, Xavier Horton, Dylan Horton and Keilan Horton; his brothers, James Moore (LaWon) and Kenneth Moore (Carolyn); nephews Brian Moore (Shenda), Jared O’Garro-Moore, Andre O’Garro-Moore, Craig Crowston; nieces Karen Childs (Keith), Lauren O’Garro-Moore Brown (Colin), Kyle O’Garro-Moore, Carol Kaplan (Chris), and Susan Dickau (Nancy). He is preceded in death by his parents, Aretta Easterling Moore and Elmer J. Moore. In lieu of flowers, please make a donation to an athletic program of your choice. The funeral service and celebration of life will be held at 10:00 AM on October 2, 2021, at Bryan-Braker Funeral Home, 1850 W. Texas St., Fairfield, California. Interment will be private at Rockville Cemetery.

Fred Moore passed away on September 16th in his home in Fairfield, CA after battling a long illness. Fred was born on November 29, 1946 in Mt. Olive, Mississippi, the second of three sons of Aretta and Elmer Moore. He grew up in Berkeley,... View Obituary & Service Information

The family of Fredric Carl Moore created this Life Tributes page to make it easy to share your memories.

Fred Moore passed away on September 16th in his home in Fairfield,...

Send flowers to the Moore family.