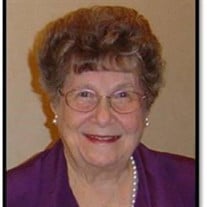 FRANCES GAYNOR CAREY Frances Gaynor-Carey was born Nov. 2nd in La Crosse, Indiana to parents, Albert and Virgie. Frances married John Gaynor in 1949. John was in the United States Air Force. His assignments took them to Washington, D.C., England, Scotland and Germany. After their tour in Rhein-Main, Germany, John was assigned to Travis Air Force Base, California where they lived until his retirement from the Air Force in 1965. They settled in Fairfield, California with their family of seven children, Joe, Larry, Catherine, Michael, John, Maureen and Donna. After John’s death in 1971 she married William Carey in 1973 who passed away in 1994. Frances has been active over the years in various ministries at Holy Spirit Parish Church and Holy Spirit School and was an Associate Member of the Sisters of the Holy Faith. In 2003, she became a member of the Daughters of the American Revolution, NSDAR. Her hobbies included doing family research and genealogy and scrapbooking. Her greatest love was being with family and friends. She was blessed with many grandchildren, great-grandchildren, her sister Evelyn, many special relatives in Indiana and she loved each one of them dearly. She was preceded in death by her husbands, John Gaynor and William Carey; and son, Bernard Gaynor. Rosary will be held at 10:30 a.m. with funeral Mass at 11 a.m. Wednesday, June 16, 2021, at Holy Spirit Church, 1071 N. Texas St., Fairfield, California. For those who wish to make a donation in her memory, please consider The Sisters of the Holy Faith Retirement Fund: Attention: Sister Dolores Maguire, 121 Seminary Drive, Apt G, Mill Valley, CA 94941. Arrangements under the care of Bryan-Braker Funeral Home, 707-425-4697.

The family of Frances Gaynor-Carey created this Life Tributes page to make it easy to share your memories.

Send flowers to the Gaynor-Carey family.