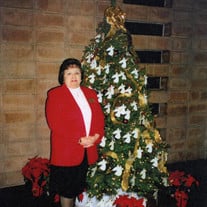 Diane P. Rinehart, 78, of Fairfield, died June 28, 2021 at home surrounded by her family after a long illness. Born August 5, 1942 in San Francisco, she and her husband Richard have resided in Fairfield for over 50 years. Around 1974, Diane taught youth bowling at the local bowling alley and she worked a spell at Earl’s Donuts. She then worked in the automobile insurance industry for several years before finding her true calling. She began working as a hostess for evening visitations and receptions at Bryan-Braker Funeral Home. She also occasionally helped on services and drove the limousines for a total of 12 years before retiring. Diane was great at her job and made everyone feel welcome and at ease. During those years she also volunteered as a Eucharistic Minister at Our Lady of Mt Carmel Church and as a team member of Marriage Encounter. She enjoyed her family and spending time with friends, bowling, collecting Christmas ornaments and she was a big Oakland A’s fan and never tired of going to A’s Games. She is survived by her husband Richard “Rick” Rinehart of Fairfield, two sons Mike and Robert, both of Fairfield, daughter Marie Essary of Oregon, 6 Grandchildren, Katherine, Jennifer, David, William, Curtis, Mickey and 5 Great Grandchildren. She was proceeded in death by her father Jerry Becerra, sister, Anita, brother, Gordon and her son-in-law, John. A Visitation is planned at the Bryan-Braker Chapel, Saturday, July 10, 2021 beginning at 12:00 noon. A Catholic Prayer Service will begin Saturday at 1:30PM followed by a reception at the Bryan-Braker Funeral Home Garden Court from 2:30 to 4:30PM. Burial at Sacramento Valley National Cemetery, Dixon, will take place Wednesday, September 22, 2021 @ 2:00pm. Arrangements entrusted to Bryan-Braker Funeral Home.

Diane P. Rinehart, 78, of Fairfield, died June 28, 2021 at home surrounded by her family after a long illness. Born August 5, 1942 in San Francisco, she and her husband Richard have resided in Fairfield for over 50 years. Around 1974, Diane... View Obituary & Service Information

The family of Diane Paulette Rinehart created this Life Tributes page to make it easy to share your memories.

Send flowers to the Rinehart family.