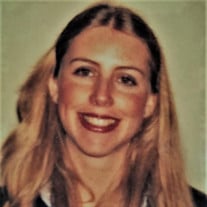 Diane Nelson McClelland, 66, a 27 year resident of West Laurel, died of a short illness at home surrounded by her loving family February 13, 2021 in Folsom, California. Diane was born in Richmond, California to Albin and Eleanore Nelson in 1954. Raised in El Cerrito she graduated from John F Kennedy High School, Class of 72. She received her BA degree in Business Marketing from Sacramento State in 1976 and began her career working in marketing for Tri Valley Growers at their downtown San Francisco headquarters. For her it seemed like a perfect fit and she never looked back. Her talents in HQ level marketing, product and business development led to a career beginning on the west coast, to the east coast, and eventually back to California. Following Tri Valley Growers, she worked with Mervyn’s, HQ in Hayward, CA, Kirk-Stieff Silver Company, HQ in Baltimore, MD, Coherent Communications Systems, HQ in Leesburg VA, Crockett Facilities Services, HQ in Bowie, MD and lastly Trimark Associates, HQ in Folsom, CA where she retired from her career of 40 years in February of 2020. Diane met Mark McClelland in the Fall of 1978 in the city of Alameda and they were married on March 14, 1981 at St Jerome’s Church, El Cerrito followed by their reception at Mira Vista Country Club. Together they enjoyed gourmet cooking, wine collecting, travel and hiking the Sierra Nevada’s. Diane’s passions were interior decorating, fashion, fitness and yoga. In 1992 their son Collin was born at Howard County Hospital in Columbia, MD. Over the years Diane made many lasting friendships during her participation in Collin’s school, sports and recreational activities. Diane and Mark moved to the East Coast in 1989 following Mark’s work promotion and transfer. They lived in West Laurel, MD for 27 years. Diane loved the culture and lifestyle in the Baltimore/Washington DC region. She especially enjoyed the restaurants and tempo of the Washington metro area. Diane, Mark and Collin moved back to California in September 2015 to be closer to family and reconnect with old friends. She is survived by her husband Mark of Folsom, son Collin McClelland of Davis, sisters, Alex Nelson of Placerville and Karen Nelson Diridoni of Gardnerville, NV and many nieces and nephews and cousins. She was predeceased by her parents Albin and Eleanore Nelson of Richmond. Due to Covid restrictions her services will be private for the family only. She will be laid to rest in the Sierra Mountains that she loved. If you would like to plant a tree in Diane's memory, please visit alivingtribute.org. Arrangements are entrusted to Bryan-Braker Funeral Home, Fairfield, CA 707-425-4697. Friends may sign the quest book and leave condolences at www.bryanbraker.com

Diane Nelson McClelland, 66, a 27 year resident of West Laurel, died of a short illness at home surrounded by her loving family February 13, 2021 in Folsom, California. Diane was born in Richmond, California to Albin and Eleanore Nelson in 1954.... View Obituary & Service Information

The family of Diane J. McClelland created this Life Tributes page to make it easy to share your memories.

Send flowers to the McClelland family.