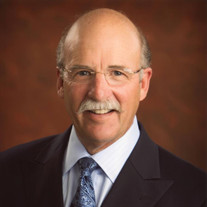 David J. Mathews July 1950 – July 2020 David James Mathews was the firstborn son of Bill and Marie Mathews and came into the world July 1950 in Coeur d’Alene, Idaho. A healthy and spry husband, father and friend in his fifth year of retirement, he bid us a fond farewell after an 18-day battle with COVID-19 at Kaiser Hospital in Vacaville on July 11, 2020. Through mutual friends, Terry and Elaine Thomas, Dave met his loving wife Nancy and daughter Asheley in 1992. He spent the next three years earning a Bachelor’s degree from Saint Mary’s College before the 1996 closure of Mare Island while concurrently leading the Environmental Clean-Up of its 5,500 acre military base, overseeing 185 employees. He continued his Mare Island connection through the Navy Yard Association. He next landed a new career as a healthcare executive with NorthBay Healthcare Solano County and led operations for the next 20 years at both NorthBay Medical Center in Fairfield and NorthBay VacaValley Hospital in Vacaville as the Senior Director of Plant Operations & General Services before retiring in May of 2015. Dave grew up in Vallejo and graduated from Hogan High before completing a Machinist Certificate Apprenticeship at Mare Island Naval Shipyard. Shortly after the birth of his son Ryan with first wife Linda, he reported for duty in Newport News, Virginia during the last U.S. Army draft of 1972. Dave returned to Vallejo with his family two years later to work at Mare Island Naval Shipyard in Vallejo where he spent the next 27 years climbing the ranks to GS-14 as the shipyard’s Chief Planner before joining NorthBay. Dave was blessed with a big family and loved being around them for holidays and special occasions. He spent his birthdays in Burney Falls with Nancy and his closest friends. He was a quintessential renaissance man. Though he spent most of his career behind a desk, he could swiftly machine a metal part on his refurbished lathe, tie a fly to perfection, mentor a good golf swing, or play you a tune on his drums. If he wasn’t at home in the garage working on a new project, hanging out in the backyard he called a “paradise”, or barbequing dinner on the patio, he was fly fishing remote rivers and streams or hitting golf balls at a beautiful golf course. His heart was enormous. He was humble and kind. He gave more than he received and always left things better than he found them, usually for others and not himself. He is survived by his wife Nancy Mathews, father Bill Mathews, son Ryan Mathews, daughter Asheley Martin (Erik), brothers Danny Mathews (Myra) and Jimmy Mathews, sister Judy Acha (Javier), nieces Melissa Mathews, Joannie Suina Romero and Renee Mathews, nephews Jacob Hansen (Cris) and Jered Hansen (Kelly). He is predeceased by his mother Marie Mathews, aunt Betty Jacques and nephew Danny Mathews Jr. A military service will be held locally and privately with family, and a celebration of life event will follow in coming months pending the pandemic. In lieu of flowers, please consider a donation to NorthBay Hospice & Bereavement which makes pain-free palliative care services available to everyone in our community regardless of their ability to pay. Dave’s family would like to thank all the doctors and nurses in the ICU at Kaiser Hospital Vacaville for the compassionate care and kindness they showed Dave and our whole family during this sudden and tragic loss.

David J. Mathews July 1950 &#8211; July 2020 David James Mathews was the firstborn son of Bill and Marie Mathews and came into the world July 1950 in Coeur d&#8217;Alene, Idaho. A healthy and spry husband, father and friend in his fifth year... View Obituary & Service Information

The family of David James Mathews created this Life Tributes page to make it easy to share your memories.

Send flowers to the Mathews family.