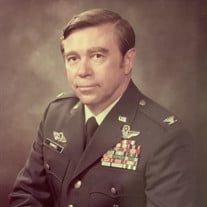 Col. Clifford “Cliff” Kunkel passed away Thursday, January 30, 2020 in Fairfield, CA after a brief illness. He was born in Jamaica, New York on February 4, 1932 and later moved to Bayonne, New Jersey where he attended local schools. He is a graduate of Bayonne Junior College and attended Rutgers University. He graduated from the University of Maryland where he majored in Political Science. During his college years he lettered in baseball and fencing. Cliff enlisted in the Air Force in 1952 and was a crew member on B-29’s during the Korean conflict. On February 10, 1957 he married Jean Marie Nissen, a former classmate from Bayonne JC. She would be the love of his life for over 62 wonderful years of marriage. Together they traveled through many military moves while raising 3 sons. In 1973 they settled in California. Cliff was rated as a pilot, navigator, bombardier, and was a missile combat crew commander. He flew many airplanes including the C141 and the C 5. He was a military advisor in Vietnam. His decorations include; The Legion of Merit, the Bronze Star, the Meritorious Service Medal, the Air Medal and the Commendation Medal. After retiring from active duty in 1978, Cliff enjoyed an 18 year career as a Vice President/Financial Manager with Home Savings of America. He is a past president of the Napa Sunrise Rotary Club. He served as a member of the board of directors of the Napa-Solano United Way, the North Bay YMCA, the Silverado Council of the Boy Scouts of America and the Napa Chamber of Commerce. He is a life member of the VFW, the American Legion, the Order of Daedalians, the Air Force Association , the Retired Officers Association, the National Rifle Association and the National Association For Uniformed Services. He has associate degrees in Banking and Finance, Fire Technology and Real Estate from Solano Community College and is a member of The California Community College Honor Society. Cliff’s passions included spending time with his family, traveling to Carmel and Hawaii, and, of course, flying. He could often be found at Nut Tree Airport teaching flying or just hanging out with friends and planes. The FAA honored him with the Wright Brothers “Master Pilot” Award. He also was a 21 year veteran firefighter/assistant Fire Chief & Emergency Medical Technician in the Gordon Valley Volunteer Fire Department. For fun, Cliff spent a few years as a winery tour guide in the Napa Valley at Charles Krug and Monticello Wineries. He was preceded in death by his father August, mother Theresa, sister Geraldine, and brother Gerard. He is survived by his wife Jean Marie, sons; Clifford Anthony (Pamela) of El Dorado Hills, Paul William (Catherine) of Sacramento, and Roger Alan (Ruth) of Davis; grandchildren: Clifford, Jon, Megan, Kelsey, Patrick, Gabriel, and Joseph. Funeral Mass: February 18, 2020 - 11:30am, Our Lady of Mount Carmel, 2700 Dover Avenue, Fairfield, CA Internment: February 18, 2020 - 2:00pm, Sacramento Valley National Cemetery, 5810 Midway Rd, Dixon, CA Celebration of Life: March 21, 2020 - 3:00pm, Paradise Valley Estates https://www.bryanbraker.com/obituaries/Clifford-Kunkel

Col. Clifford &#8220;Cliff&#8221; Kunkel passed away Thursday, January 30, 2020 in Fairfield, CA after a brief illness. He was born in Jamaica, New York on February 4, 1932 and later moved to Bayonne, New Jersey where he attended local schools.... View Obituary & Service Information

The family of Clifford Kunkel created this Life Tributes page to make it easy to share your memories.

Send flowers to the Kunkel family.