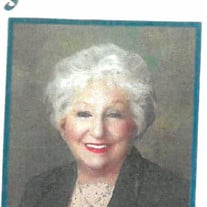 Carol J Chadbourne Obituary Carol Chadbourne passed away peacefully {with her loving husband and family by her side}. Carol was born in Grass Valley until her family moved to Piedmont, California. She was a bright, above average student and was a talented violinist at the early age of six. She loved the arts but most of all the outdoors and mother nature in her finest. She was a giver to humanity, a good listener, and wrote many poems regarding her friendships, loved ones, and experiences. Later in life Carol met Steve, the one man who captivated her and shared her love of giving as well as nature. They spent many trips and weekends fishing and hunting in California, Nevada, Utah, and Colorado. Carol not only wanted to see it she wanted to live it as well. No other could share and satisfy her desires than Steve. Together they shared years of a library of adventures, memories, and mementos. Soon after they married, they made their home in Fairfield where they agreed would be a great town to start their new life together. Carol loved Fairfield and the Gordon Valley Ranch homestead where history of the town and friendships were made. Steve came from a second generation of one of Fairfield’s family of settlers. The valley was beautiful and the ranch was blooming with nature, animals and the memory of wonderful Christmas dinners with family, good friends and neighbors. As a medical secretary and surgical nurse, it was not long before she went to work at the Fairfield Hospital for a period of five years then transferred to the new Fairfield Medical Group where she continued her vocation for another sixteen years before retirement. Carol shared the love of her three daughters with Steve, whom they adored. Through the spirit of faith, love, and admiration a bond was formed that could not be broken. After an early retirement Carol went on to become a NorthBay HealthCare Hospital Guild Volunteer. This was another passion of staying close to and helping those in need. She sustained many service chair positions learning the craft of a hospital volunteer and became a four-time president of the guild. She then was elected as a four-time President of the Sacramento Valley Area Council of Hospital Volunteers. Her career as a volunteer continued as she was appointed a Region Advisor of the Northern California Area Council of Hospitals. She worked on the Committee of Volunteers for the California Association of Hospital and Healthcare Systems. In addition, she held the position of Parliamentarian for the Mt. Shasta Area Council of Shasta County. Carol retired from her second career as part of the NorthBay Hospital Volunteer Guild as a Lifetime Member after dedicating approximately 20,000 hours of service to ensure quality care for patients. She received the Hero’s Prime Time Seniors Award in the community. Her passion was fulfilled. Carol was preceded in death by her parents, Thomas and Ruth Beasley of Vallejo and Fairfield and her sister Marilyn Leslie McIntosh of Vallejo and Fairfield. Carol was survived by her sister, {loving husband Steve}, daughters Kathleen and Steve Shepherd of Mendocino, Susan and Danny Krystek of Fairfield, Mechele Mari Mitchell of Arizona and Vallejo, and several grandchildren, great grandchildren, and great great grandchildren. In lieu of flowers, donations may be made to the St. Jude’s Hospital for Crippled Children. Services will be private.

Carol J Chadbourne Obituary Carol Chadbourne passed away peacefully {with her loving husband and family by her side}. Carol was born in Grass Valley until her family moved to Piedmont, California. She was a bright, above average student and... View Obituary & Service Information

The family of Carol Joyce Chadbourne created this Life Tributes page to make it easy to share your memories.

Send flowers to the Chadbourne family.