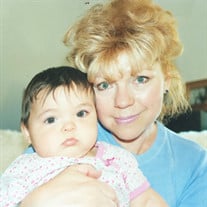 Brenda Joyce Russo, an accomplished attorney, devoted friend, and loving mother, passed away peacefully on October 9, 2019. Brenda had an incredible work ethic. She overcame an extremely difficult childhood and put herself through college and law school while working full-time and supporting two young children. She passed the California State Bar exam and was sworn in as a lawyer in 1986 in San Francisco, California. Brenda’s traumatic childhood became a driving force behind a career devoted to protecting children, women, and families. She began her career doing civil and personal injury work, but soon pursued her passion to protect and advocate for children in the foster care system. Brenda was a fierce advocate for children and she developed the idea to establish a law practice focused specifically on children. In 1989, she co-founded Legal Services for Children in Solano County, and over the next several years, she fought tirelessly on behalf of thousands of children in the juvenile dependency system. In 1994, Brenda went on to co-found her second successful law practice with one of her closest friends, Leslie Prince; during this time, Brenda transitioned her practice to the area of family law. The Law Offices of Russo & Prince continues to serve the Solano County community 25 years later. Over the course of her long and distinguished legal career, Brenda became a Certified Family Law Specialist, an accomplished mediator, and was admitted to practice in the California Supreme Court. Brenda’s eldest daughter, Julie Russo Kumler, is a high school English teacher who shares her mother’s enthusiasm for grammar, writing, and reading. Brenda had a penchant for correcting the grammar of everyone around her; Julie now continues that practice for her students. Brenda’s first grandchild, Hannah Russo, also shares her grandmother’s love of a good mystery, and is studying to be a teacher as well. Brenda’s youngest daughter, Sarah Russo, shares her mother’s legal acumen and has followed in her mother’s professional footsteps. Sarah now practices family law at Russo & Prince in her mother’s former office, beneath the same 30-year-old ficus tree. Brenda was predeceased by her brother Rick, husband Kenneth Woolsey, grandson Brendan Woolsey, and two beloved dogs Molly and Charlie. She is survived by her loving daughters, Julie Russo Kumler and Sarah Russo, grandchildren Hannah Russo, Maya Kumler, Layla Kumler, Maeve Rounds-Russo, and Aurora Rounds-Russo, ex-husband Andrew Russo, brother and sister-in-law Daniel Russo and Mary Lessa Russo, niece Miranda Russo, and nephew Nick Russo. Brenda was deeply loved by the family she helped build, and her passing is a tremendous loss to all who loved her. A memorial service to honor Brenda Russo’s life will be held at the Rancho Solano Clubhouse on Saturday, November 2, 2019, at 4:00 p.m. - 5:30 p.m. *In lieu of flowers, donations may be made in Brenda Russo’s honor to any of the following organizations: The Elizabeth Warren campaign at www.elizabethwarren.com ; Koinonia Family Services at www.kfh.org ; The Humane Society www.humanesociety.org .

Brenda Joyce Russo, an accomplished attorney, devoted friend, and loving mother, passed away peacefully on October 9, 2019. Brenda had an incredible work ethic. She overcame an extremely difficult childhood and put herself through college and... View Obituary & Service Information

The family of Brenda Joyce Russo created this Life Tributes page to make it easy to share your memories.

Send flowers to the Russo family.